What is the cost of interim management in Switzerland? – Robert Walters releases its European Interim Management Remuneration & Market Report 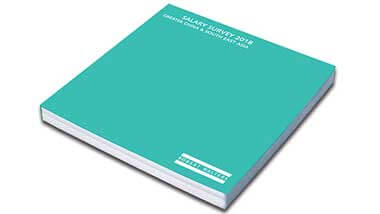 Zurich, 2020, September 24th. Recruitment firm Robert Walters releases the results of its European Interim Management Remuneration & Market Report, an index of interim management rates by function and country. From a survey of 2,000 European interim managers, the report highlights the growing use of interim managers in Switzerland, as organisations try to cope with the impact of Covid19 and working professionals look for new ways of working.

What is the cost of interim management in Switzerland?

The steady growth of interim management in Switzerland over the last few years bears witness to the return on investment it brings for organisations facing unprecedented challenges and inevitable transformations. However, not all companies have used interim managers often worried by the costs involved. Robert Walters’ report provides interim rates, and their growth YOY, by function and by country.

Interim management, a bulwark against the crisis

As the initial shock of the health crisis pushed companies to focus on only their most urgent projects, current economic uncertainty has reshuffled business priorities. Even though most Swiss organisations have temporarily slowed down their transformation projects due to the crisis, interim management is a real adjustment variable for companies that are looking at business continuity plans.

“We will see companies make greater use of experienced interim professionals when recovery and transformation plans begin to take-off for businesses. Interim managers have also been highly sought after when it came to creating value within an organisation. This will be key post the crisis to support the economic recovery.” comments Christian Atkinson, Director of Robert Walters Switzerland.

Who is the new Swiss interim manager?

The crisis has also changed the way professionals see ways of working in Switzerland and in Europe. Many executives are now questioning their impact within the company and want to give more meaning to their job. A lot of those who had not considered interim management yet are now attracted by its benefits, underlined by the report:

-The opportunity to work with different teams, the independence when working for a company, the flexibility to choose assignments and the ability to make the most of their expertise are the top reasons given by Swiss interim managers when asked why they chose interim management

-Assignments last on average between 3 and 6 months; almost half of interim managers surveyed (44%) say they had no interruption (or less than 3 months) between assignments.

“The average duration of assignment is getting longer in Switzerland and we could see some interim CFOs having two assignments at the same time - which was never the case before.” says Christian Atkinson.

Expectations also vary post Covid-19. Since the start of the crisis, The Netherlands have just slightly reduced their use of interim management, mainly to benefit from its flexibility. For their part, German and French companies will call upon interim managers to manage downsizing measures, recovery plans and other restructuring projects.

The United Kingdom continues to be impacted by Brexit, with an increase of interim management assignments directly linked to the exit from the European Union.